Drops and promotion are two very interesting rules, but they have four important limitations.

Breaking one of those limitations means end of the game by illegal move.

Double pawn called often nifu (literally two-pawn from Japanese) is often made mistake even by experienced players. “I have lost by nifu! Unbelievable!” is often heard confession.

In shogi there are in total 18 pawns. If you could drop them one behind another, you could make an impenetrable wall of pawns. This is why there is nifu rule.

You can have only 1 pawn in one column. Good example: 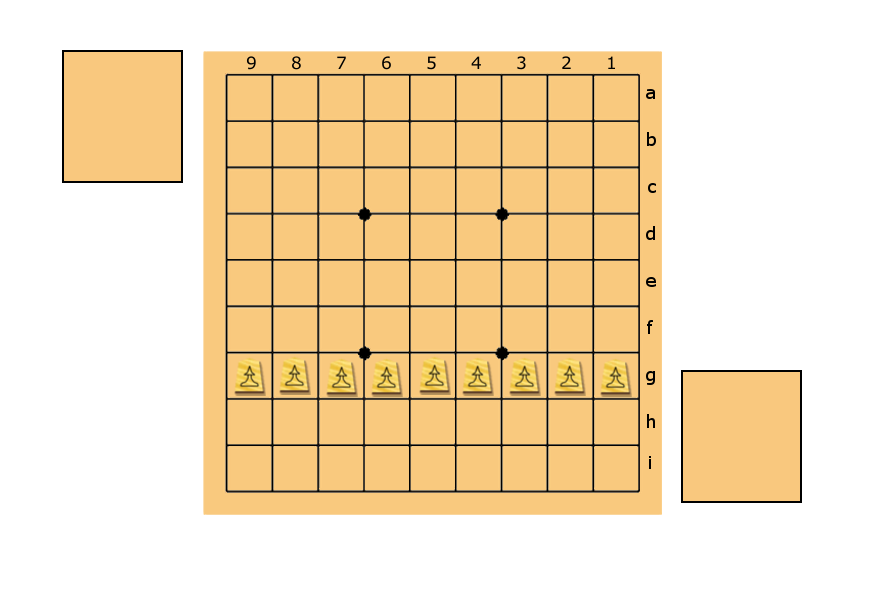 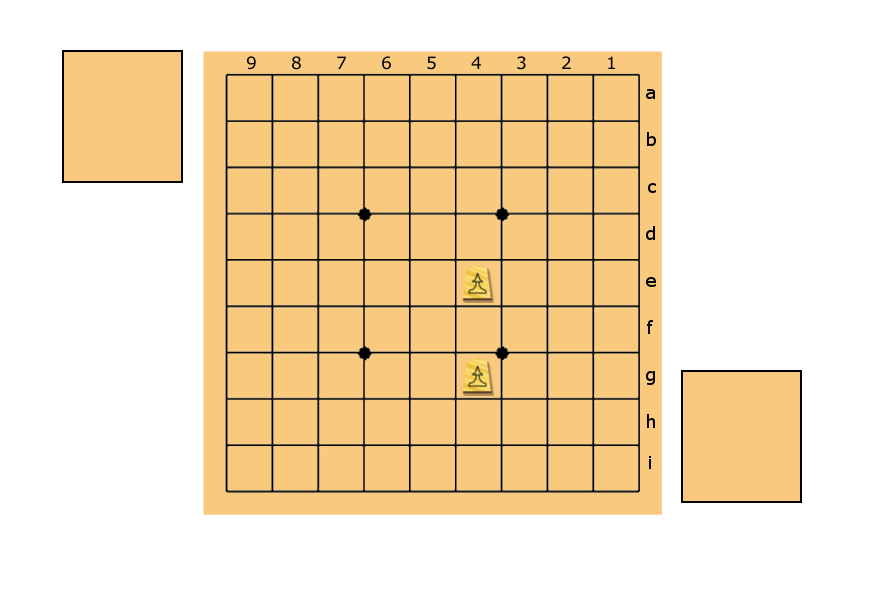 This position is fine, because there is tokin and pawn, not two pawns: 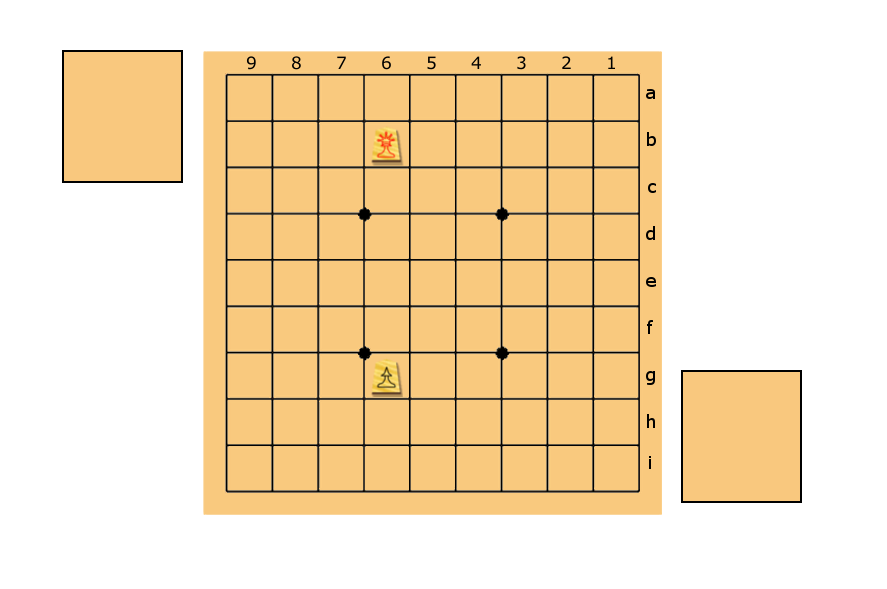 Nifu is possible only as a result of a pawn drop.

It is very difficult rule to explain to the beginner, but basically you cannot win the game with a pawn drop (pawn move or promotion mate are ok). Here is example of illegal pawn drop: 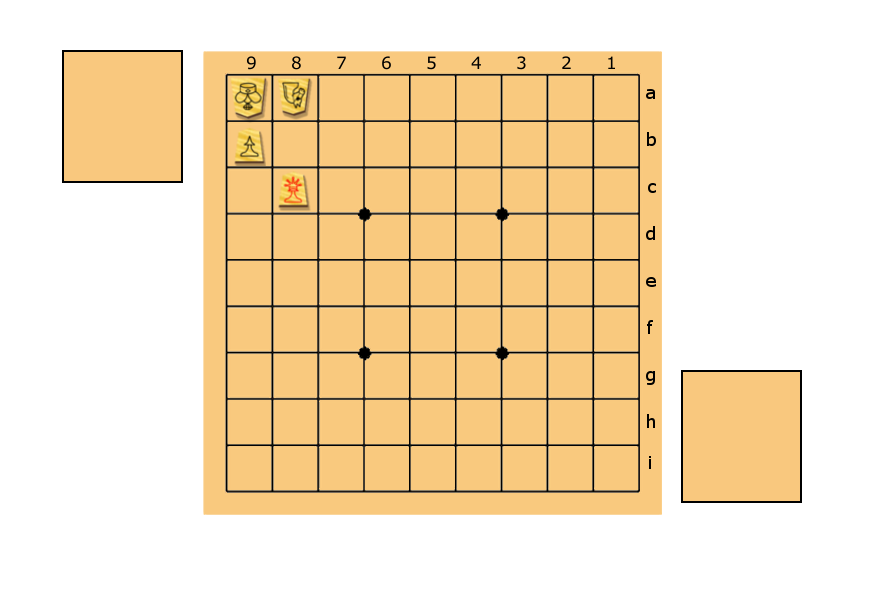 Rather obvious when you think of it. You cannot drop pieces that move only forward onto last squares. That rule applies to the pawn, the lance and the knight only. Illegal drops diagram: 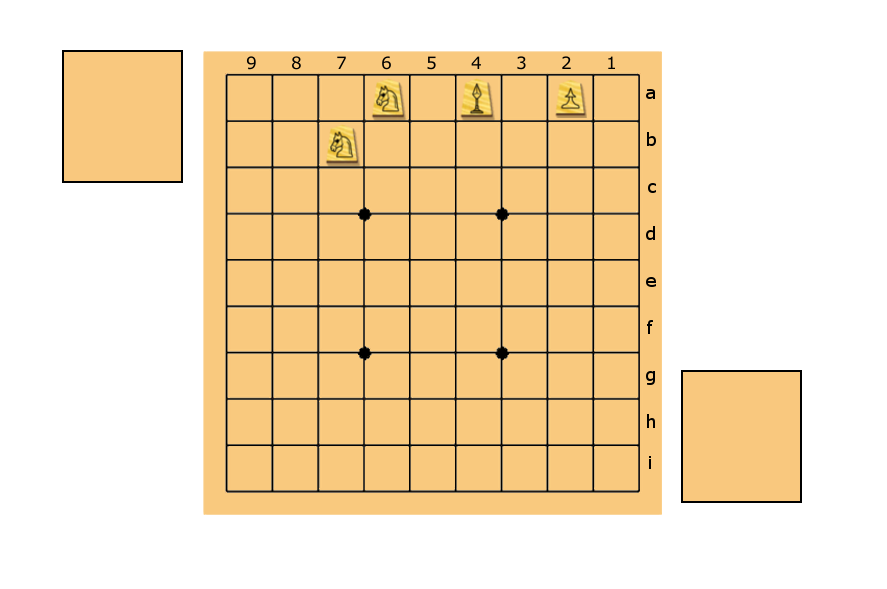 Similar to previous rule. Promotion is optional in general sence, but when your only-forward piece end up on the last square, you NEED to promote. Illegal moves vs mandatory promotion diagram:

Obviously those rules apply to your opponent as well, but on his end of the board.

Now let’s combine everything that we have learned into one big quiz.

Jump to the big quiz